Assuming you’re starting your Celtic Route in Dublin, you’ll take the R115 Old Military Road from Rathfarnham. As you cross into Wicklow, you’ll notice the landscape changes dramatically. The cityscape will disappear and you’ll soon find yourself on a winding country route, with purple heather as far as the eye can see. Then you’ll realise why this county is called the ‘Garden of Ireland’. 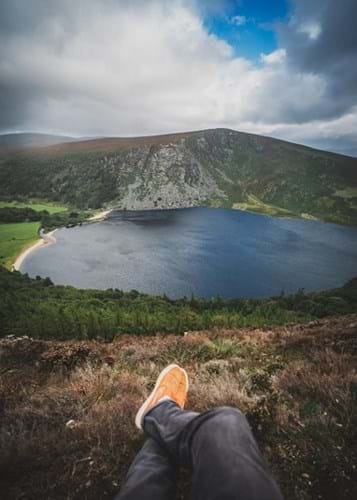 The Old Military Road – built by the British Army following the 1798 Rebellion as a means of locating insurgents more rapidly – will take you right down the centre of the Wicklow Mountains National Park and you can hop on and off as the mood takes you to catch the best views. The scenic drive south will take you through the Liffey Head Bog (source of Dublin’s River Liffey) and the Sally Gap. From the Sally Gap, head east to Lough Tay.

You might find Lough Tay familiar-looking on several levels. Firstly, it’s one of the most iconic and photographed locations in Ireland. Secondly, the combination of its dark, peaty water, oval shape and white-sand beach makes it look rather like a giant pint of Ireland’s greatest export. However, this isn’t as big as a coincidence as it first appears, when you consider that the lake is part of an estate once owned by the Guinness family. They imported the white sand to give it its distinctive look.

A 25-minute drive south, carved out by glaciers during the last Ice Age, Glendalough - meaning ‘Valley of the Two Lakes’ - marries raw beauty and spiritual tranquillity.  It inspired St Kevin to establish a monastic city here in the 6th century. Call into the visitor centre to find out how this city would have looked in its prime, then wander round the crumbling ruins to get a real sense of place. Take advantage of the splendour of the lakes by following one of the trails. A full loop of both lakes can be a full day’s hike, but there are plenty of shorter, more leisurely options.

Head to Wicklow Town for the evening and end the day with a well-earned dinner and pint of the black stuff.

Wicklow Town has plenty to see and do, but for your fill of historic tales a tour of Wicklow’s Gaol is a must. You’ll hear stories of the rebels of the 1798 Rebellion, the convicts who were awaiting transportation to the New World and the women and children who stole simply to feed themselves during the famine. 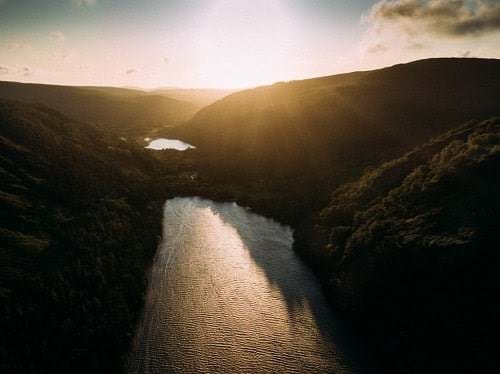 A short drive down the coast will bring you to Brittas Bay. Said to be the initial landing point of St Patrick on his arrival in Ireland, its gentle shores and Blue Flag award make it perfect for family-friendly bathing and paddling. The sand dunes are of ecological importance and are home to many interesting wildlife and plant species, including rare ones.

“Our experience ends in the charming little village of Avoca. The village is home to Ireland’s oldest working mill, the birthplace of Avoca Hand weavers, and film set for the BBC TV drama Ballykissangel. Thomas Moore, in his famous poem ‘The Meeting of the Waters’ said of the Vale of  Avoca “There is not in the wide world a valley so sweet, As that vale in whose bosom the bright waters meet“. From the Mottee Stone, you can see the five surrounding Counties and Wales on a clear day.  Legend says it was used as a hurling ball by Fionn Mac Cumhaill – the greatest mythical hunter-warrior of Ireland.  Lore says The Motte rolls down to the Meetings of the Water every May Day.  Follow its path downhill to the Meetings for a browse in the Craft Gallery and sip a well-earned coffee.