The Three Realms that the Celts worshipped – Sky, Land and Sea – come together to create something very special in this part of Wales. Immerse yourself in a heady mix of awe-inspiring landscapes and exhilarating activities, then return home feeling physically relaxed and mentally recharged. 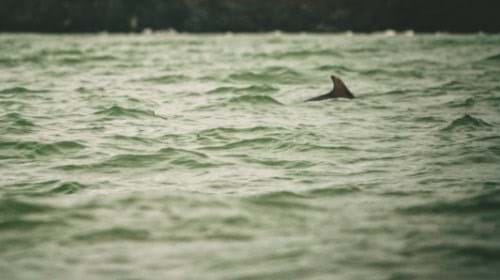 Cardigan Bay is famous for its bottlenose dolphins, having the largest resident population in the Europe. You can see them all year round, but your chances are highest in the summer, when the mackerel they feed on is most abundant. The popular seaside town of New Quay seems to be dolphin central, where you might even spot one from the harbour wall, and it’s from here that you can take a charter boat trip to observe them up close. Before you set sail, be sure to pop in to the Cardigan Bay Marine Wildlife Centre, where you can pick up tips on how to spot the dolphins and other members of the Cardigan Bay Big 3 – harbour porpoises and Atlantic grey seals.

Head north up the coast , via the pretty harbour town and foodie haven of Aberaeron, to the seaside university town of Aberystwyth, or as it’s known affectionately, ‘Aber’. The largest town in Ceredigion, a focal point for Welsh and international culture across all art forms and the proclaimed Celtic capital of culture, it’s well worth a short break in its own right. Today, it’ s your base from which you can explore the coast, including the remains of the legendary sunken forest of the lost land of ‘Cantre’r Gwaelod’ before heading inland to the Cambrian Mountains to hike to the summit of Pumlumon and or to ride the rugged mountain bike trails at Bwlch Nant yr Arian. Get your fill of hard climbs and swooping singletrack, then head over to the cafe and you might be just in time to see the red kites feeding over the lake. 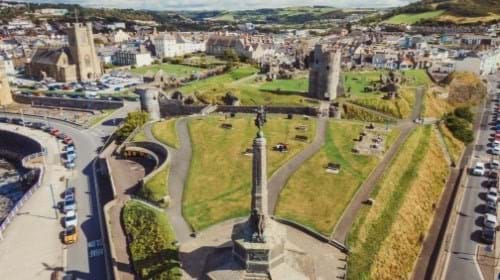 After a good night of ‘R & R’ in Aberystwyth, you’ll hop on the Vale of Rheidol Railway to reach Devil’s Bridge Falls. Three separate bridges span the 90m waterfalls, built on top of each other between the 11th and 19th centuries. According to legend, the original bridge was built by the Devil as it was too difficult a task for mortals. He agreed to build it in exchange for the soul of the first being to cross, however, he was outwitted by a canny old lady and banished forever.

A 30-minute journey from Aberystwyth is the ruined abbey of Strata Florida, Latin for ‘Vale of Flowers’, or ‘Ystrad Fflur’ in Welsh. Established by Cistercian monks in 1201, it was once the most famous church in Wales after St David’s and a keystone of Welsh culture. The final resting place for 11 of the princes of Dinefwr and the medieval poet of nature and romance Dafydd ap Gwilym, the abbey has been called the ‘Westminster Abbey of Wales’. 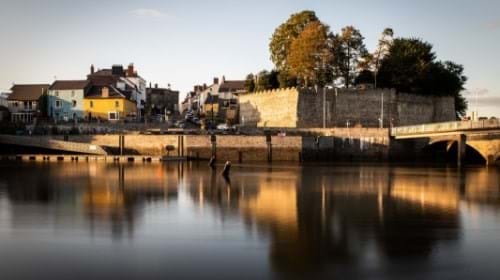 A few miles from the monastic tranquility of Strata Florida Abbey is the stark solitude of the Teifi Pools. Llyn Teifi and the other pools - Llyn Hir, Llyn Gorlan and Llyn Egnant – lie hidden in the hills above Strata Florida. If time and energy allow, we’d recommend walking the route between the two to really experience the remoteness.

An alternative to ‘Aber’ is the charming market town of Cardigan and site of several battles between the Welsh and Normans. The castle was the first in stone to be built by a Welsh prince.  The town has a creative vibe and a growing reputation for its food. Head to Canvas Gallery for contemporary Welsh artists or get creative yourself at  a Studio 3 craft workshops Time your visit correctly (when the time is right) and you can take in a show at Small World Theatre, embrace the Other Voices Festival (normally held in November) or enjoy the summer music programme curated by Theatr Mwldan in the grounds of the castle.